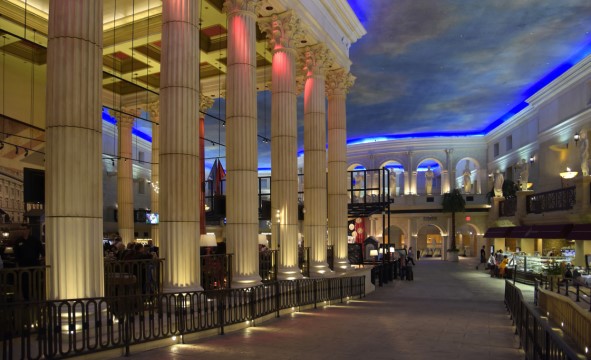 Caesars Entertainment Incorporated’s casino executive announced that his Caesars Atlantic City hotel is about to unveil a huge number of changes that are sure to delight every visitor. These include an outdoor pool, improved valet, a revamped lobby and more.

The American company based in Las Vegas said in a recent press release that such innovations are just a small part of the current massive project that has been conceived to transform the hotel (NG) into the ultimate resort destination.

Also, the executive said that such changes are part of his responsibilities, which will help take Atlantic City to a whole different level, showing visitors all the sophistication and luxury of the hotel.

The hotel and entertainment company said the improved look of the valet and hotel lobby will certainly make customers feel all the charm of the hospitality and fine atmosphere. Also, it was noted that soon the first floor will be occupied by everyone’s favorite Starbucks, which has no less attractive and cozy design.

CAC General Manager John Koster said the rooftop spa services of the best spa will be added to the renovation of this enormous building. In addition to being fully equipped with all the necessary details, the facility will offer beautiful views of the Atlantic Ocean.

For long 43 years, CAC has been one of the most celebrated in the entertainment district, playing an important role in optimizing the market. All the improvements that await this resort will allow the hotel to continue not only to delight all visitors with its service, but also to remain one of the leading tourist destinations in the United States.

Among other things, John Koster , that his hotel plans to open top-notch restaurants. And then, about 800 upgraded rooms will be opened.

«The Caesars Atlantic City Hotel meets all market standards and is hugely popular with tourists. Inspired by this, we decided to update our hotel, transforming it into an even more beautiful place. These changes show our desire to continually evolve and continue to delight our guests.»

According to the court's decision, a visitor to the casino will receive his deposit back