Las Vegas is reborn: statistics based on the results of March 2022 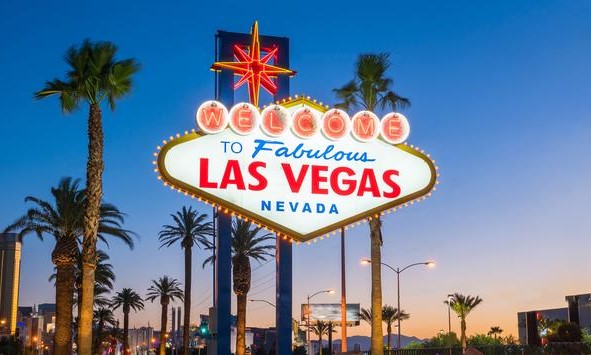 In March 2022, the number of players in the casinos of the world-famous city of Las Vegas almost coincided with the data recorded before the COVID-19 pandemic.

According to The Las Vegas Convention and Visitors Authority (LVCVA), by the end of March 2022, the number of visitors to this city exceeded 3.3 million. In March 2021, there were one and a half times fewer players. Three years ago, in March 2019, 10% more players visited Las Vegas than this year.

Conferences with a large number of participants are being held in the city again, this is considered the main reason for the growth. About 495,000 people came to the exhibitions, which is 15 times more than a year ago.

Due to the large number of visitors in March 2022, hotels turned out to be more in demand. Guests of the city were registered in 80.6% of hotel rooms, compared to last year, this figure increased by 25%.

The Las Vegas gaming industry is also in a favorable situation. At the end of March 2022, Clark County received the maximum gross gaming revenue, $1.178 billion. The Las Vegas Strip reached the level of $746.2 million. In total, the players of all casinos in the state have won more than $1 billion. The total gain in the state has been at this level for more than 13 months in a row.

The number of visitors is growing

As a result of the NFL Draft, there may be even more visitors to Las Vegas, this gives more confidence in the positive dynamics.

The NFL Draft can increase the number of visitors to Las Vegas in April by about a million people. This is the LVCVA forecast.

Thanks to the opening of the Palms Resort, the possibilities of the Las Vegas hotel industry have expanded. In March 2020, in order to avoid the consequences of the pandemic, the work of the resort was suspended. But now the work of the hotel with 766 rooms of different price levels has continued.

Attendance in Las Vegas at the end of March 2022 showed positive results in various areas. Among other things, visitors entering from Southern California were taken into account.

Southern California is home to the most important part of potential Las Vegas players. Due to the fact that these players have larger amounts than others, they can bring the casino more profit.

After losing a large sum at cards, a resident of India decided to kill himself.

Ten places of maximum earnings in the US for casino dealers

Investigation has been launched into the fact of attracting players to an Australian pub with alcohol and cash.