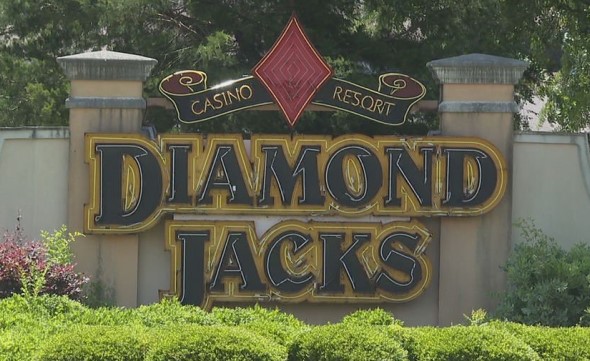 In the foreseeable future, the fate of the Diamond Jacks casino from Louisiana will be decided — its sale will be carried out or its official opening will take place again.

To reopen the casino or conclude a deal to sell it — this is the requirement of The Louisiana Gaming Control Board (LGCB), which provided Peninsula Pacific Entertainment (P2E), the casino operator, with sixty days to do so. Apparently, the establishment will be sold. Diamond Jacks was shut down when the coronavirus was just beginning to spread around the world. But at the same time, P2E wanted to transfer the gaming license to Slidell from Bossier City.

P2E provided LGCB with a package of documents confirming the purchase and sale of Diamond Jacks with Foundation Gaming, a casino operator from Mississippi.

In a comment on this deal, the Foundation notes that the company has evaluated many development options, while considering all these options from different sides, having developed special algorithms for this. Therefore, the company can make rational decisions and prepare short-term and long-term plans.

The idea to place a casino in St. Tammany Parish was rejected by the locals, so the Foundation decided to put its efforts into the Diamond Jacks casino

In addition, the gambling industry in Bossier City is quite saturated, there are large companies.

Besides, Foundation, apparently, will need to make additional investments in the renovation of the Diamond Jacks building. This building attracts a lot of criminals, the attitude of LGCB is aggravated by the lack of any operations with this facility by P2E.

Before restarting the Diamond Jacks project, Foundation must undergo checks of its financial situation with the police and the prosecutor’s office. And this means that some time will pass before the casino opens.

What’s going to be with P2E

Despite the fact that P2E is not currently represented in Louisiana, it still works in the field of gambling. It manages a racetrack, as well as several casinos and shopping centers in different states (Iowa, Virginia, New York).

P2E is a private company. According to information from Standard & Poor’s, according to the results of the third quarter of 2021, the company’s quarterly profit amounted to $50 million, in 2022 a similar dynamics is expected.