Investigation has been launched into the fact of attracting players to an Australian pub with alcohol and cash. 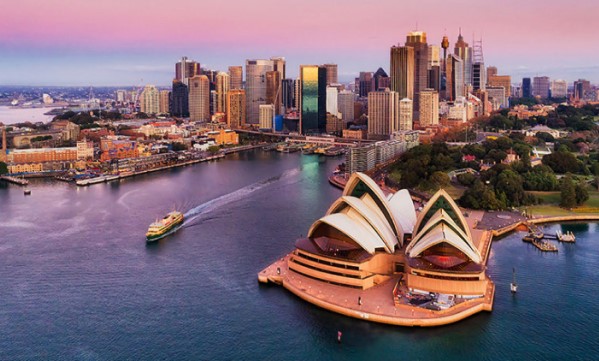 In New South Wales, hard times have come for a member of the Australian hotel industry. The company is suspected of attracting players with alcohol and cash.

There should not be a casino in Australia – one of the authorities constantly repeats this, without receiving a response from the participants in this sphere. In his opinion, compliance with the rules in the casino would help make Oz fair.

Large representatives of the gambling market have changed this market for the worse, almost approaching the limits of reason. And less significant participants in this sphere can push to violate these boundaries.

As it became known from the Daily Mail, Marlow Hotel Group, the owner of several bars located near Sydney, attracts its customers to slot machines with money and alcohol as tools.

Marlow has been the subject of an investigation and close surveillance for Liquor and Gaming NSW, the gambling regulator of New South Wales, as a result of appeals from Marlow customers and staff.

As stated, the Marlow bars perfectly understood which of the visitors could spend a lot of time gambling. In order for them to keep playing, Marlow was generous with alcohol and cash. Sometimes the amounts given to visitors reached 1,050 AUD (780 USD).

Free alcohol along with gambling is no longer surprising. But it is often possible for people to protest against this in order to reduce the damage. In addition to the harm from a large amount of alcohol, there may be hidden consequences.

Another problem is getting customers money. The Daily Mail notes that the cost of promo prizes should not exceed 1,000 AUD (743 USD), and they cannot be received in cash.

However, Marlow did not comply with these rules and issued cards to some visitors. These cards could be used for payments during purchases. It was possible to withdraw daily for 150 AUD (111 USD).

Each player distributed these money to three Marlow bars (in Kogarah, Ramsgate and Carlton). According to informants, there were players in each of these bars who were promised a promotion by Marlow at work.

Earthquake may start under Marlow

Prior to that, Marlow came under NSW surveillance due to fines levied against The Rose and Crown company owned by Marlow. The basis of the fine of 107,358 AUD (77,759 USD) is similar –alcohol distribution and illegal loans.

Liquor and Gaming NSW will conduct a review of Marlow’s work again to find out how well-founded the charges are. The testimony of the participants will be used as the main arguments.

Regular visitors were aware of the ongoing «policy», while not every one of them was allowed to do this. Perhaps the testimony of these visitors will be relevant to the ongoing investigation. The same can happen for an employee who told about the amounts of visitors’ losses during one session — over 10,000 AUD (7,439 USD).

Jason Marlow, who watches the work of Marlow, noted that the cards have not been used for a long time, more than three years. But what has recently emerged casts doubt on this statement.