The exit of Kindred Group from the Dutch market and a 30% reduction in revenue. 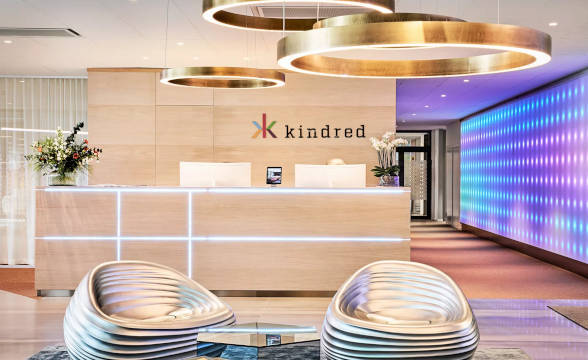 Participant of the Nasdaq exchange, Kindred Group, has published preliminary results of its trading. Full information on the results of the 1st quarter of 2022 will be provided at the end of April. According to published data, the total revenue of all branches of the company in different countries for the first three months of 2022 amounted to 247 million pounds (322 million dollars). This is 30% less than it was at the end of the 1st quarter of 2021.

The main reason of the revenue drop

Kindred is a group of brands from the online gambling industry in Europe, many people found their work here. But due to the lack of the Netherlands’ license, this organization had to take a break in this country. It is with this that representatives attribute a reduction in revenue by 105 million pounds (130 million dollars) compared to the 1st quarter of 2021.

The launch of iGaming in the Netherlands officially took place on October 1, 2021. Kindred does not have a license, although it submitted the documents necessary to obtain it back in November. At the same time, the group assures that the license will be obtained in accordance with the deadlines stated in the report for 2021.

A coveted license would be Kindred’s ticket to success and loss reduction. The lack of understanding about the possibility and timing of obtaining a license led Kindred to another problem. Obtaining a work permit in the Netherlands does not mean for Kindred a quick recovery of losses, because the company will not be able to use the accumulated databases of customers from the Netherlands.

Kindred will have to return to the starting positions and work hard to attract Dutch players. This may lead to a slowdown in development, and the achievement of the goals outlined in Europe may be postponed indefinitely. In addition, the taxation that Kindred will have to fulfill in connection with the launch of projects in Ontario may lead to even greater difficulties.

But it’s not so bad…

Talking about its indicators, Kindred applied the term «stability» to them, despite the fact that the period described was not the easiest. It was also stated that at the end of April it will be possible to get acquainted with a more detailed report for the 1st quarter of 2022.

At the end of this winter, Kindred expressed its intention to fully take over its sportsbook platform, while the group began to select a new staff and improve trading skills.